Chairman of the COMCEC

You are here: Home1 / Chairman of the COMCEC

With roots in Rize, Recep Tayyip Erdoğan was born in Istanbul on February 26, 1954. He graduated from Kasımpaşa Piyale Primary School in 1965 and completed his high school education at Istanbul Imam Hatip School (Religious Vocational High School) in 1973. Having succeeded in the necessary examinations for additional courses, Mr. Erdoğan received a diploma from Eyüp High School as well. He received his graduation diploma from Marmara University’s Faculty of Economics and Administrative Sciences in 1981.

Since his youth, Mr. Erdoğan has chosen to lead a social life intertwining with politics. From 1969 to 1982, he was also actively interested in football which taught him the significance of team work and spirit in his younger years. These years coincided with the time when Mr. Erdoğan as an idealistic young man started to be interested in social and national problems and stepped into active politics.

Assuming active responsibilities at the students’ branch of the National Turkish Students’ Association during his high school and university years, Mr. Erdoğan was elected the Head of the MSP Beyoğlu Youth Branch in 1976 and he was also elected the Head of the MSP İstanbul Youth Branch in the same year. Holding this position until 1980, he served as consultant and senior executive in the private sector during the September 12 era when the political parties were closed down. 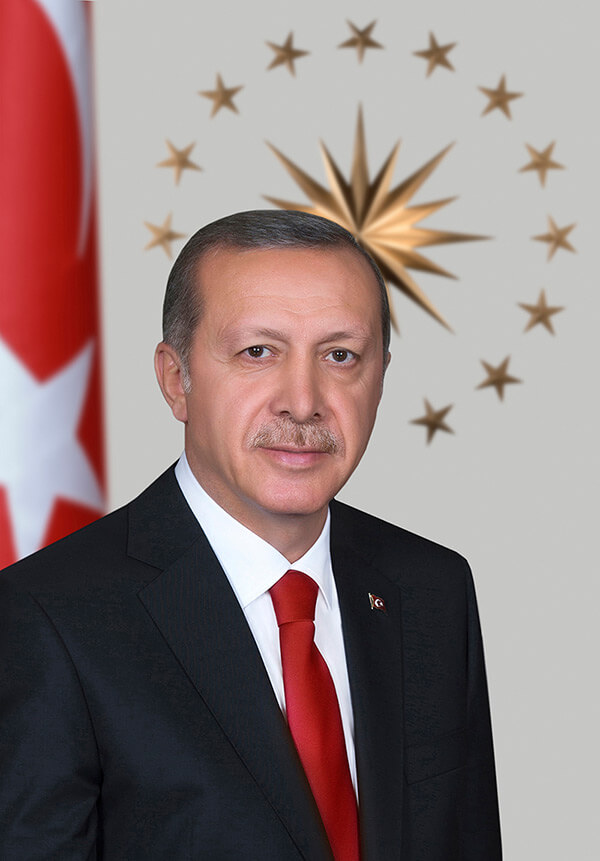 As for the local elections held on March 27, 1994, Mr. Erdoğan was elected Mayor of Metropolitan İstanbul. During his term in office as Mayor, he produced correct diagnoses and solutions to the chronic problems of İstanbul, one of the world’s most important metropolitan cities through his political abilities, the importance he attached to team work and successful management in human resources and financial issues. The water problem was overcome by laying hundreds of kilometers of new pipe line, the garbage problem was solved through the establishment of the most modern recycling facilities and the problem of air pollution ended with the natural gas projects developed during Erdoğan’s term in office. As for traffic congestion and transportation deadlock, more than 50 bridges, passageways and freeways were constructed and many more projects which would guide the other administrations in the city were developed. Taking very stringent precautions for the correct exertion of the municipal resources and to prevent corruption, Mr. Erdoğan paid most of the debts of the İstanbul Municipality which he took over with its 2 billion dollars debt and he during his tenure achieved investments worth 4 billion dollars. Mr. Erdoğan, thus, accomplished a breakthrough in the municipal history and while his works served as good examples for other mayors, he won the confidence of the people.

On December 12, 1997, while addressing the public in Siirt, Recep Tayyip Erdoğan read a poem from a book, which was recommended by the National Education Ministry and published by a state agency, and after that, he was sentenced to imprisonment for reading that poem. Thus, his term as mayor was ended.

Mr. Erdoğan, after serving 4 months in prison, established the Justice and Development Party (AK Party) on August 14, 2001 with his friends as a result of the insistent demand from the public and the developing democratic process and he was elected Founding General Chair of the AK Party by the Council of Founders. The favor of the nation made the AK Party a political movement which enjoyed the broadest public support in the country in the very first year of its establishment and made it the sole ruling party with a two-thirds majority at the TBMM at the end of the parliamentary elections held in 2002.

Mr. Erdoğan, who was not a candidate for MP during the elections on November 3, 2002 due to the court’s decision against him at the time, joined the deputy renewal election held on March 9, 2003 in Siirt when the legal obstacle was lifted after the necessary legal regulations had been made. Taking 85 % of the votes cast in that election, he became a deputy from Siirt for the 22nd term.

Taking over the Prime Minister’s office on March 15, 2003, Recep Tayyip Erdoğan implemented a number of reforms of crucial importance in the shortest time with his ideal of a brighter and constantly growing Türkiye. The country made great progress in democratization, transparency and the prevention of corruption. In parallel with this, inflation which had not been overcome and which had adversely affected the country’s economy and the psychology of the people for decades was curbed. 6 zeros were removed from the Turkish currency, giving back the Turkish Lira its credit. The rate of the state’s debt interests were lowered and a considerable increase in the national income per capita was achieved. An unprecedented number of dams, residential units, schools, roads, hospitals and power plants were constructed. All these affirmative developments were described by many foreign observers and Western leaders as a “Silent Revolution”.

Recep Tayyip Erdoğan, in addition to his fruitful initiatives described as a turning point in the history of the country in its bid to join the EU, has taken significant steps toward the resolution of the Cyprus problem and toward the development of efficient relations with many countries through his rational foreign policy and intense series of visits and contacts. The environment of stability established in the country, while moving the internal dynamics, has made Türkiye a pivotal country. Türkiye’s volume of trade and political power have remarkably increased not only in its region but also in the international area.

Recep Tayyip Erdoğan, as the General Chairman of the AK Party, won a great victory during the parliamentary elections held on July 22, 2007 and established the 60th government of the Republic of Türkiye by winning 46.6 % of the votes and received the vote of confidence.

Mr. Erdoğan, winning 49 % of the votes, arose triumphant at the end of the parliamentary elections held on June 12, 2011 and established the 61st government.

Elected the 12th President on August 10, 2014, Recep Tayyip Erdoğan is also the first President of the Republic of Türkiye elected by popular vote.

Upon the approval of the constitutional amendment in a referendum on April 16 allowing the President to retain his/her party membership, President Recep Tayyip Erdoğan was elected at the 3rd Extraordinary Congress on May 21, 2017, as the Chairman of the AK Party, of which he is the founder.

Recep Tayyip Erdoğan, winning 52.59% of the votes, was re-elected President in the Presidential elections, held on June 24, 2018.

Mr. Erdoğan was sworn in on July 9, 2018 as the first President of the Presidential System of Government, which Türkiye switched to following the constitutional amendment that was adopted in the referendum on April 16, 2017.