Virtual Training On “Implementation And Fulfilment of International Maritime Agreements”

The first online training activity of the project named “Implementation and Fulfilment of International Maritime Agreements” was held by the Republic of Turkey Ministry of Transport and Infrastructure on 8-10 September 2021 under the framework of COMCEC Project Funding. The representatives of Tunisia, Lebanon, Turkey and COMCEC Coordination Office participated in the Training Program.

The presentations made during the meeting particularly focused on the International Convention for the Safety of Life at Sea (SOLAS Convention) which is the most important and the most comprehensive international treaty that establishes the minimum safety measures in the construction, equipment and operation of merchant ships.

During the three-day training, the participants were informed about the International Maritime Organization (IMO) with its structure, functions and roles, Goal-Based Standards concepts and its effects on SOLAS Convention as well as treaty making process and Vienna Convention on the Law of Treaties.

Presentations and other documents used in the training can be accessed through the website specially prepared for the project: https://impimo.uab.gov.tr/en.

The next online event of the Project is planned to be held between 18-19 October 2021. 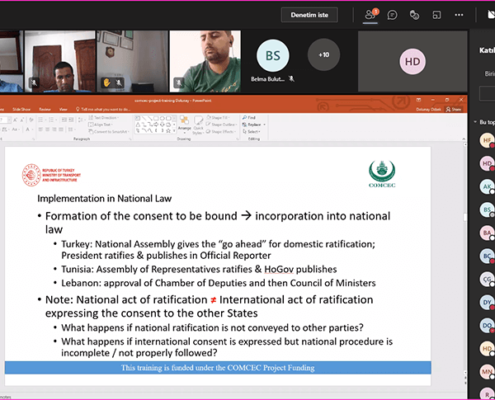 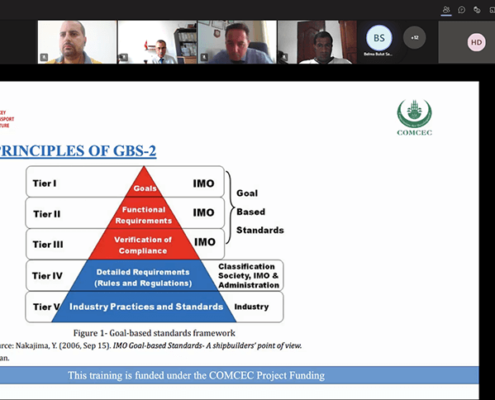 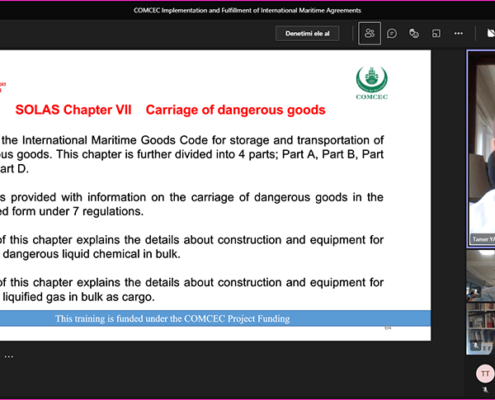 16th Meeting of the COMCEC Financial Cooperation Working Group Have...